Whether it’s a villain, anti-hero, or the recently introduced anti-villain, there are just some characters you love to hate, while a part of you hates yourself for loving them.

14) Tom Hiddleston as Loki (The Avengers)

Loki has a fantastic back story that makes us instantly sympathetic towards him. The typical orphan, seeking approval and a place where he fits. But boy does he go about it in the worst way! We kind of love him for it too. Plus, he has some of the best lines in the movies. Humor is a powerful tool for bringing likability to a character that is otherwise wholly unlikable.

Has Meryl Streep ever played a terrible character? The leading lady has a natural poise, limitless grace, and something indescribable that makes her one of the greatest actresses of our time. When she plays bad, she is oh so good.

The character of Regina probably hits a little close to home for a lot of us. Unless you were your high school’s mean girl. God I hope not. But if you were, we can forgive you…after the bus scene. Rachel McAdams does the perfect rendition of the mean girl most of us remember, we hated her, yet on some weird twisted level, we still wanted to be her. What is up with that?

The Deadly Viper Assassination Squad is by far the best group of cold, merciless, heartless murderers ever put on the big screen. Together they are brutal, callous, and cruel. Individually they are formidable in their own rights. And, hello, they fight with swords.

Though his villain role was relatively short, Wallace Shawn left a big mark and became one of the most memorable characters of the princess bride. “Inconceivable!” Vizzini had what all villains need; a massive ego and the delusion that no one could ever get the best of him.

Okay, it feels really, really wrong to even remotely like this character. Christoph Waltz did way too good a job at making us giggle just before his character, Nazi commander Colonel Hans Landa, did unspeakable things. He plays the ultimate sociopath who loves his despicable job way too much. This is one those hate to love characters for sure.

Speaking of sociopaths, I have to include Walter White. While binge-watching Breaking Bad, I flipped between loving this character and wishing someone would just slap him across his self-destructive stupid selfish face. Still, I think we all miss Heisenberg.

7) Will Ferrell as Megamind (Megamind)

Yollo! Okay, this one might be a little silly, but this is the perfect anti-villain. A villain reluctantly turned hero. As Megamind bumbles through his efforts to be the best villain he can be, he is unexpectedly forced to be the hero. The one who saves the girl. And the relationship between Megamind and hard hitting reporter, Roxanne Ritchie, turns out to be incredibly sweet.

This lady’s sense of humor and sense of timing is practically otherworld. Almost everything that comes out of her mouth is hilarious, even when she’s playing a hateful bitch. “I might buy a small diaper for your chin, because it looks like a baby’s ass.” And those friggin’ track suites. She had them in every color, am I right?

This self-indulgent, scandalous, entitled, pill-popping, drunk was one of the funniest bitches on the block. She said the worst things, did the worst things, represented extreme excess and had a general disregard for everyone around her. And we friggin’ loved it.

Where are my Firefly fans? Brown coats unite! Jayne was an unexpected hate to love, love to hate character for me. He is totally selfish in the most ignorant way with just the right amount of “Fine we’ll do it your way, but next time I’m blowing someone’s head off.” Sure, he’d sell his grandmother for a tidy profit, but he’d also participate in her rescue. 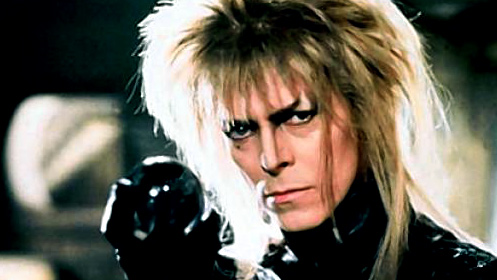 Big 80’s hair, make up, leather pants, and a horde of goblin minions. What’s not to love about this villain? Did I mention he sings? After all that, it’s not difficult to get past the fact that he kidnapped a little baby with the intention of turning it into one of his goblin followers.

An egotistical, jaded, pill-popping doctor who tells it like it is, especially if people don’t want to hear it. He’s crude and crass and against everything that is good and proper. He’s the gold standard in assholeary, and everything he says is meant to cut to the bone—he’s good at what he does. Somehow, America fell in love with this jackass for eight seasons, three times as long as most other TV programs. This show went on even after we all discovered his patient would be cured in the last five minutes of every single show. We really did love to hate this one.

1) Anthony Hopkins as Hannibal Lecter (Silence of the Lambs)

Probably the most chilling, terrifying, Instill-fear-into-the-hearts-of-children characters ever created. Anthony Hopkins portrayal of Hannibal Lecter is profoundly and horrifically brilliant. Devoid of sympathy, empathy, and basically any relatable human emotion, somehow we absolutely love this character.

Did I leave anyone out? What character would you have added to this list?